As the government seeks to deal with the current COVID-19 crisis, one of the key areas of decision-making is how to control the number of people who are on the streets to restrict contact and prevent the spread of the virus.

Measuring activity levels can be difficult and expensive with traditional methods such as standing on the street counting people or manually counting people on footage from video cameras. Knowing how many people are using the streets throughout the crisis is crucial if the government is to control the spread of the virus. This is not only important during the lockdown but also when the time comes to relax some of the restrictions. The government will want to control and monitor the number of people out and about until they are certain that there is no danger of the virus re-emerging. This might mean a gradual change of the rules with the hope that they can control the level of activity on the streets.

The Urban Big Data Centre in partnership with Glasgow City Council and Glasgow Centre for Population Health have been using artificial intelligence (AI) and spare capacity in the CCTV network to measure the levels of activity on certain streets. The project, originally set up to monitor activity on Glasgow City Councils Avenues project, has been collecting data from four cameras in the city centre. Each camera takes a picture from a set position every 15 mins which is processed by the software to give counts of pedestrians and vehicles. The team have completed a pilot study over a four-week period in November/December 2019 to evaluate the accuracy of the approach. Early results are promising, with very high correlations between the automated counts and manual counts of pedestrians on the same images (R=0.9). More details on this pilot will be available soon.

As we have data from November, we have been able to monitor how activity levels have responded to measures implemented as part of the response to the COVID-19 virus.

Early results show a very rapid drop-off of in pedestrian volumes after the initial request for people to work from home. The lowest point was the Sunday before the lockdown. 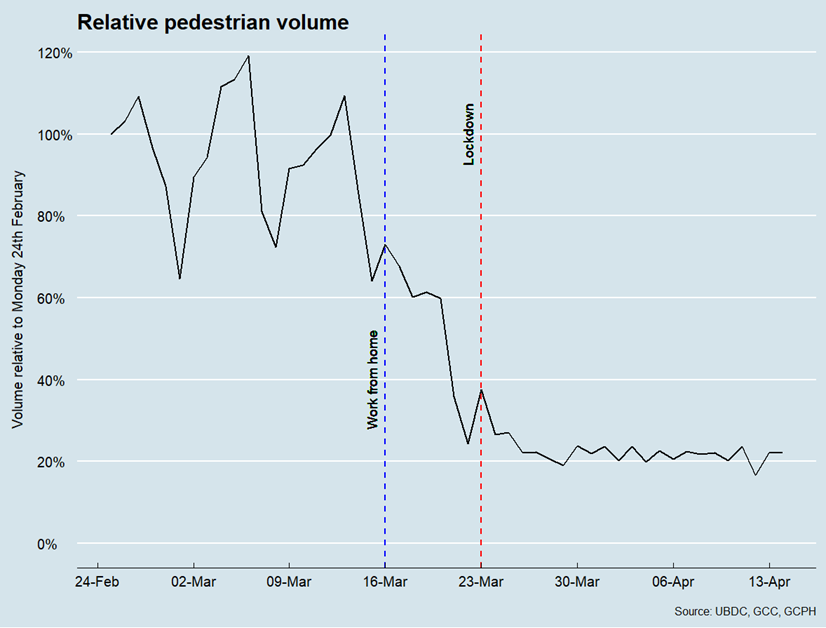 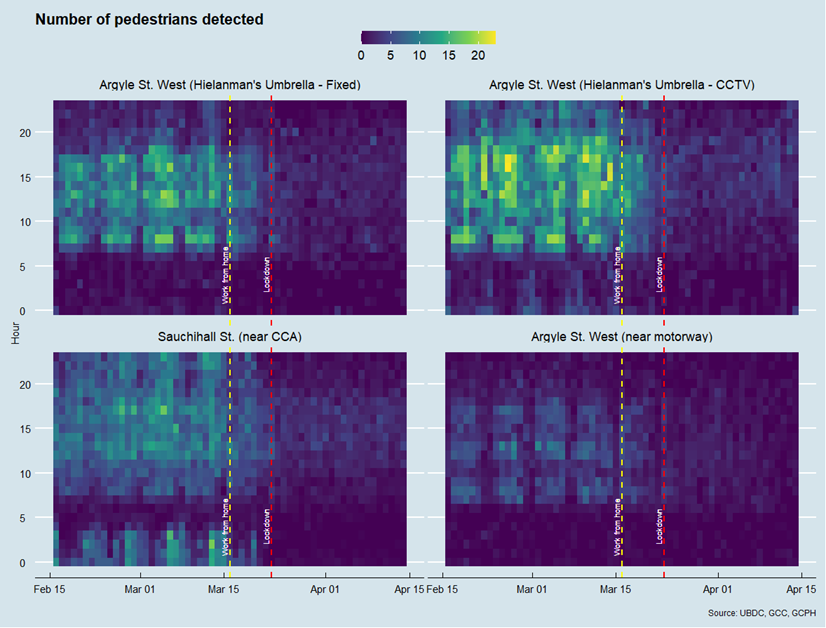 Figure 2: Number of pedestrians detected by time and day and camera

These graphs suggest that the changes have had a profound effect on the number of people using these streets. This might not be surprising as there is little reason for non-residents to go to the city centre as all businesses and retail outlets are closed.

In a recent UK Government COVID-19 press conference Professor Yvonne Doyle, Director of Health Protection for Public Health England, said there had been an increase in motor vehicle traffic. As our software also identifies vehicles, we have examined the most recent figures for both pedestrians and cars, and we also see a rising trend in car traffic. While the message from the government was that this pattern represented people who shouldn’t be on the road, this could be because key workers are now choosing to use their cars rather than public transport. It is not possible to fully understand what is happening without access to data from all modes of transport. 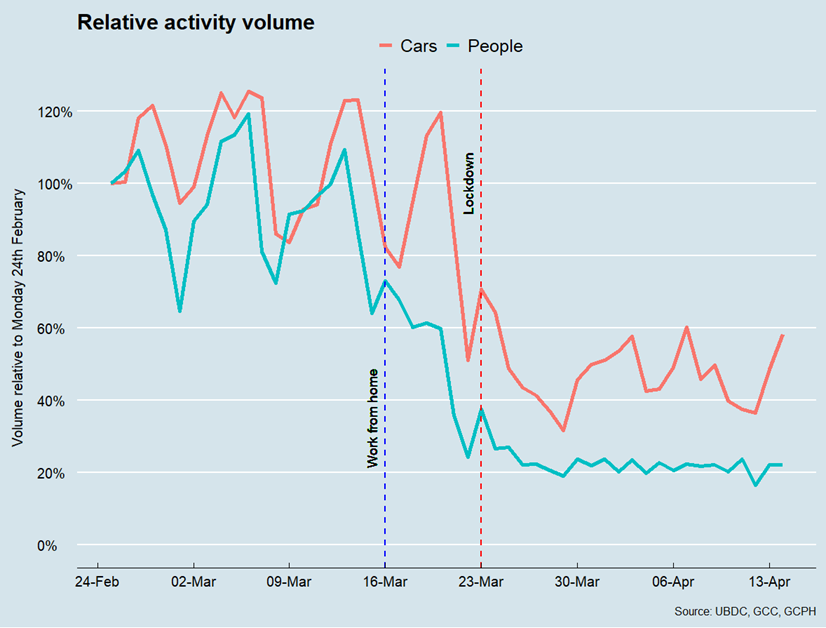 The team is currently working to expand the number of cameras available to give a much broader picture of changes in activity across the city. We are also adding data from other vehicle detection sources and bike counters from across the city to our analysis to give a daily picture of movement in Glasgow by different modes. These measurements will become increasingly important in monitoring the adherence to current rules but are also vital to understanding the changes once restrictions are gradually lifted.