Urban retailing centres in the UK are experiencing unprecedented change.

Evolving consumer habits and unsustainable occupational and operational costs had served to disrupt the retailing industry long before the global pandemic fanned the spread of uncertainty, instability and vacancies already present on our high streets. These changes have pointed policy-makers managing urban centres in decline towards reviving these towns and cities as diversified destinations with a better balance of uses and reduced dependency on retailing. The response has been varied, ranging from a push for housing in city centres, new ‘experiential’ retailing enterprises, new entertainment destinations in vacant retail units, and – pre-pandemic at least –pop-up and temporary uses to attract increased footfall.

The REPAIR (Real Estate, Place Adaptation and Innovation within an integrated Retailing system) research team at the University of Glasgow and the University of Sheffield has investigated how urban retailing centres have been adapting by mapping land use and ownership in 2000, 2005, 2010, and 2017. The inception for this study emerged from a conversation over ten years ago between Allison, the Principal Investigator leading REPAIR, and a local planner. They discussed the lack of understanding of the spatial effects that could arise if there were further substantive changes to Glasgow’s city centre retail provision.

With funding from ESRC in place, the project grew legs - looking not just at Glasgow but more widely at five cities across the UK. The REPAIR team have spent the last two years examining how the principal retailing centres in Edinburgh, Glasgow, Liverpool, Hull and Nottingham have been adapting. They have linked non-domestic land use, transaction and property stock datasets held by UBDC with data from other administrative and commercial sources and interviews. The process of linking these datasets has been painstakingly slow but a task worthy of the efforts, as the team’s analyses are now yielding insights into the intra-urban changes and spatial externalities associated with retailing development activity.

All five retailing centres reveal a steady fall in comparison retailing since 2010. In particular, there have been declines in fashion retailing, variety retailers (such as Marks & Spencer) and department stores with food and drink operators, health/beauty, independent and the aforementioned experience-focused retailers filling the empty units. The number of banks and building societies has also decreased. The repurposing of this space, as well as poorer quality office space and empty upper floors previously used as retail storage, has also taken place. This has led to a rise in city centre residential units, student accommodation and hotels – a trend that has been oft-spoken off since the pandemic. Although the level of public and social value services to support this rise in city living has not kept pace and even contracted in some cities.

While the variety of use has generally increased, the concentration - as measured by a diversity index - decreased in all centres up to 2010 due to the diffusion of new uses. Concentration increased in 2017 in the English centres, as the concentration of the introduced uses rose. Analysis also reveals spatial changes occurring in Liverpool, Hull, and Edinburgh, where development activity has resulted in a shift in the prime retailing pitch. This has left parts of the city that were once the epicentre of retail, to reinvent themselves in the wake of the vacancies. Although the supply of retail space has been more stable in Glasgow and Nottingham, both experienced some prime pitch contraction between 2000 and 2017. In Glasgow, the contraction of the established “golden Z” (referring to the shape that the Glasgow shopping streets make on a map) to an “I” is evident. While in Nottingham, the demise of the Broadmarsh shopping centre has seen a drop in footfall towards the southern end of the prime pitch.

Another noticeable change in our urban retailing centres has been a change in the structure of ownership. Much less space in retailing centres is now owned and managed by UK financial institutions or large UK property companies. These have been replaced by smaller local/regional property companies, private investors, and overseas investors, some of which are property companies and special purpose vehicles listed in Luxembourg and the Channel Islands. The shift away from larger investors, who typically prefer to hold large lots, implies increasing fragmentation in ownership. However, the shift towards smaller investors, who do not have the same level of resourcing or internal asset management skills at their disposal, also comes at a time when the management of retail space has become increasingly complicated by turnover deals and tailored lease deals. 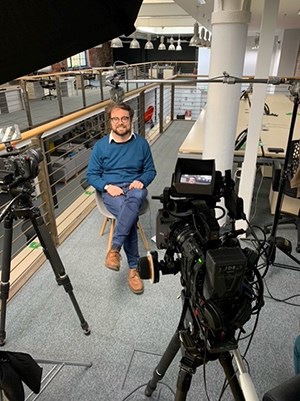 In the coming months, the team plan to step up the dissemination of results as the project draws to a close and the findings emerge from a more detailed investigation into some of the property changes identified. A series of journal publications are planned, along with the end of project report which will be available on the REPAIR website. Two papers have also been presented at the 27th Annual Conference of the European Real Estate Society hosted virtually by TUK, Kaiserslautern, Germany: 'Real Estate Adaptation and Innovation: An Investor’s Perspective on the Diversity and Spatial Changes in the UK Retail Sector' and 'The (Re)Development of Resilient and Economically Healthy Urban Retailing Centres: An Assemblage Approach'. Also, watch out for REPAIR team member James White (pictured here) in a new BBC Scotland two-part series about land ownership and privatised public space in Scotland, scheduled to be aired in the autumn. In this, he shares some findings regarding the ownership of land and property in urban retailing centres.

To apply to use the data for your own projects, please fill in the UBDC Application Form and check the box next to Goad Plan Experian Data. We can’t wait to receive your proposals! 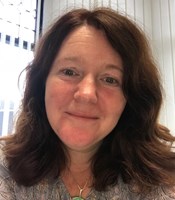 Dr Allison Orr is a Senior Lecturer in Real Estate. She has extensive experience modelling the pricing of commercial and residential property markets, and researching the inter-linkages between urban change, urban development and adaptation in the investment and occupation sectors of the property market.