View and interact with data through our visualisations, applications and platforms.

View and interact with data on the UK private rented sector. 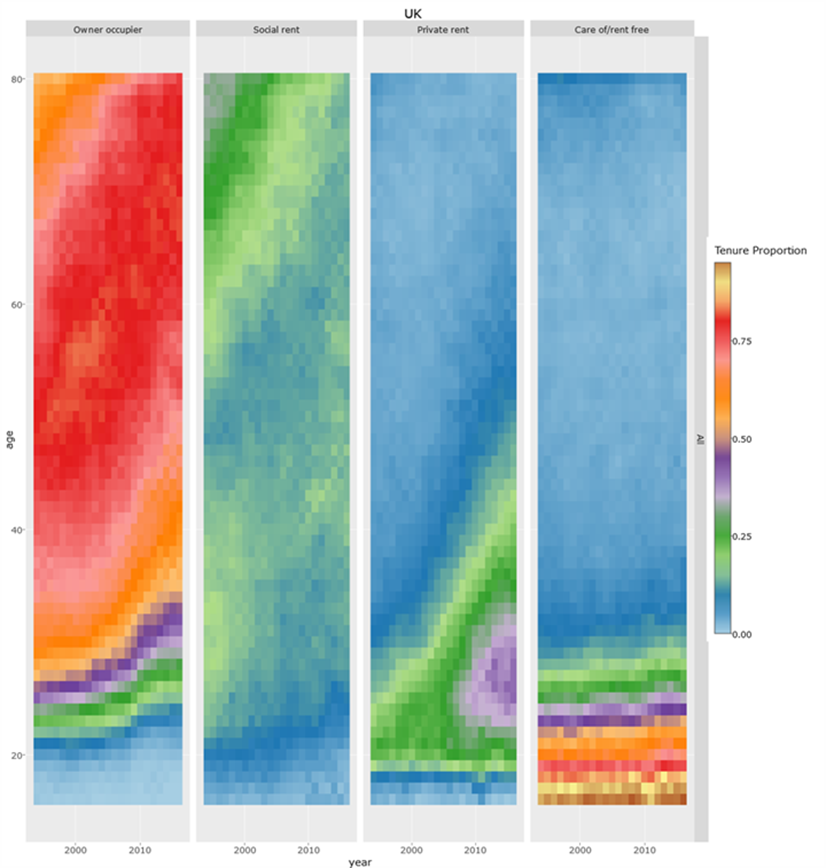 Private renting has experienced rapid growth in the UK over the last two decades, more than doubling its share within the housing system. This revival has given rise to the term ‘Generation Rent’, which refers to young adults remaining in the private rented sector due to being less likely to be able to purchase their own homes than previous generations were at the same age.

UBDC Director Nick Bailey’s analysis examines how this major change in UK housing affects people living in poverty. He has examined 23 years of survey data for the UK, covering 1.3m people. He finds that privately rented accommodation is now home to more poor adults under 40 than owner occupation and social renting combined. Growing numbers of children in poor households are also accommodated in private renting.

UBDC has developed a visualisation tool to allow people to examine these data in more detail than could be presented in a single research paper. It allows trends between regions to be compared and provides the opportunity to examine how different measures of poverty affect the results. For people with colour vision impairment, it also allows users to vary the colour scheme to find one that suits them.

The data explorer was created by Obinna Anejionu and Marta Nicholson at the Urban Big Data Centre, building on initial work by Jon Minton at the University of Glasgow. The data behind the explorer come from the UK Government's Family Resources Survey (FRS) and the associated Households Below Average Income (HBAI) datasets. Both were accessed from the UK Data Service.

The dataset for the visualiser was produced by aggregating the original data by tenure, region and poverty status, for each year of age and year of survey. The aggregated dataset is also available to download from the explorer. The code used to produce the data will be deposited with the UK Data Service.